Fiona Talkington visits Jazz HQ at Plassen to find out what drives Moldejazz director Anders Eriksson who talks about his belief in musicians and the importance of creativity.

“Inside every creative person is a burning blue flame that can never be extinguished”. Moldejazz director Anders Eriksson is busy dealing with his production teams and volunteers, solving practical issues, meeting high profile visiting artists and visitors, but to me he’s first and foremost a passionate adventurous musician, always with a vision for his own music, and now a vision for the festival too.

It’s his first festival as director here. “The white smoke came from the Vatican” as he puts it and on Monday 14th October 2013 he walked into the Molde office for the first time. That’s really not a long time ago, bearing in mind he has to take on board the historical and creative weight of everything that Molde needs. But  Anders has that important quality, as a musician, of being on the side of the musicians, fighting their corners and faithfully fanning the flames of that creativity.

“If you don’t have a vision you will never survive, you’ll just disappear”, he tells me. “Without vision you’ll be empty, empty like a bottle on the shore, swept out to sea. You have to see your vision, your ideas, come to life to feed you as a creative person”.

We’re talking in Plassen, Molde’s culture house with its sweeping staircases, walls awash with reds and yellows, a buzzing café area, the wonderfully inviting  library. It’s a rainy afternoon, the clouds refusing to lift from the mountains on the other side of the fjord. The city though is in festival mood: the foxy duo Ylvis is playing in the open air museum, and Plassen itself is full of people undaunted by the weather, enjoying Karl Seglem’s children’s concert or the scarily brilliant Iva Bittova, and, just down the road, Molde FK is getting ready to play  ND Gorica in a UEFA qualifier.

Eriksson’s own creative drive has fuelled his choices for this year’s festival. He chose Sidsel Endresen as Artist in Residence “because of her improvisation. That’s the core of jazz: the art of improvisation is its purest form. She’s so inventive in setting up new ensembles and involving young musicians. She’s very open to trying new things and was keen to bring the Punkt festival’s live remix concept so we’ll even have a ‘Festival in Residence’ for a couple of hours!”  Eriksson freely admits that his creative life has always been much more  focused on being a musician and producer rather than buying in bands. “That’s why I’m interested in bringing in creative people who have creative concepts that they want to do here in Molde. That creativity is also about setting up different productions, from relaxed humour to very demanding experimental music and not overlooking straight ahead bands playing smokin’ good jazz as well.”

How does Plassen fit in with the overall vision for the festival I wondered; to me it still feels very new and ‘clean’. Eriksson is a great ambassador for the building, describing it as a miniature version of London’s Barbican centre: “I think Plassen fits the development of the music very well” he explains. “A lot of performers and creators of music are also really into visual design, light, film, and various types of projection. The house has a theatre too so there are lots of technical facilities, making many of the on-stage set-ups much easier. The  theatre can take 300 people seated or 700 or more standing, while the smaller Storyville stage has a great club scene. The old festival culture can feel different so it’s maybe at the moment about bringing two cultures together, but in a few years that will be fine.”

That’s another of Eriksson’s qualities – creative optimism, and actually after tonight’s powerful and exhilarating performance by Sidsel Endresen and Stian Westerhus it already felt more than fine. 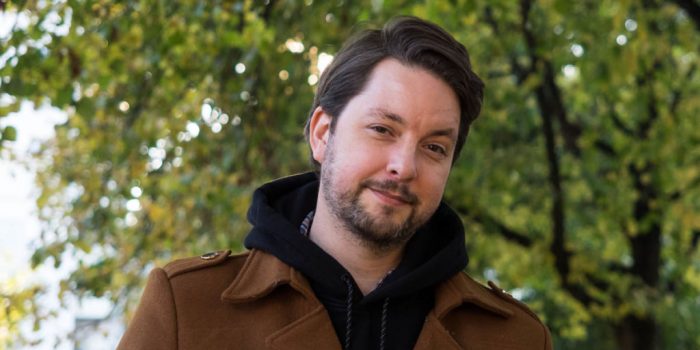